Amneon’s Tantra – Paperback
Amneon’s Tantra is an over all look at the Tantric phenomenon its history and its practice. It covers: meditation, yoga, asanas, mantras, yantras, Tantric literature, massage, sexual practices, philosophy and more. An excellent book for those beginning on the Tantric path, and for those seeking to explore its core elements and holistic practices.

Dakshina (compassionate) Kali, the primeval Goddess, was dancing the dance of cosmic dissolution surrounded by howling jackals and other carrion-devouring beasts. The destroyed universe lay at her feet like a heap of corpses. Kali is pure consciousness, totally transcendent, the unique being. She subsumes both Shiva and the divine power, Shakti. At a certain primordial moment, Kali suddenly saw inside herself her own mirror image or shadow, which is indeed delusion, Maya. In that Maya, Kali created the imagined form of Shiva, who became the primordial God and Kali’s spouse. Kali then created empty space, and the chaos of the destroyed universe disappeared as she engaged in sexual intercourse with Shiva, taking the reverse position and the active role. After a long coitus, Kali produced one foetus, which developed into a perfectly beautiful girl whom Kali called Sundari, the beautiful lady. Her beauty completely deluded Shiva, who wanted to put into words his agitation and longing. Shiva’s longing and desire for self expression produced speech, which from its central unity developed into the system of sounds, letters and language, and became all pervasive. Shiva, however, on creating speech, first addressed the Goddess Sundari in his hearts desire, the loveliest in the three worlds, the exquisite sovereign deity and the ocean of nectar like compassion. Next Shiva addressed Kali as the most terrifying, howling like a jackal, cruel fanged and fearfully ugly, with lolling tongue and frightening roar. As Shiva uttered these two sentences addressing the two Goddesses, Kali, as if offended, suddenly disappeared leaving Shiva with Sundari, the product of delusion, to get on with the task of creation. Kali who is transcendent and the essence of the creation, transformed herself into the abstract cosmic dynamic power. But Shiva became utterly despondent and confused without Kali; therefore the compassionate Kali removed Shiva’s confusion and infused him with unimpeded cognitive knowledge and desire to procreate. Moreover, in order to infuse him with power she taught Shiva the method of Tantric Kundalini Yoga and gave him as his partner the beautiful Goddess who is indeed the mother of the universe, Ambika, the cosmic Creatrix.

Be the first to review “Amneon Tantra – Paperback” Cancel reply 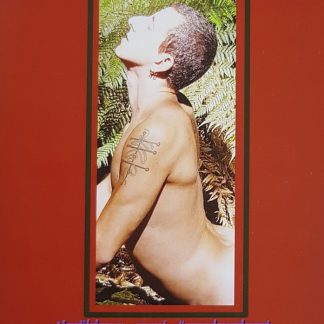